I have always been fascinated with mobile app development. Over the last couple of years in college, I made a few attempts to get started with Android applications. I watched tutorial series, reading blogs, attending introductory workshops. Nope. Nothing seemed to stick. What was wrong?

I realized what the problem was: All tutorials began in the same way, more or less. Wherever I looked, I saw the face of my old frenemy: Hello World. I’d gotten so used to writing hello world code for everything I learned: C, Java, Python etc., that repeating the same thing, albeit differently, got monotonous.

So, one weekend I sat down with an idea for an app. I was going to make a simple fact generator that takes content from reddit. I had been toying with the idea for quite a while, so I was invested in the endeavor. The next 24 hours were spent looking over reddit’s API documentation, the android developer website, and Stack Overflow. It was a grueling process. Occasionally I’d hit a dead end and take a break out of frustration. But I did not relent. Come what may, there would be an android application written by my hands before the weekend was over. And behold, there was: 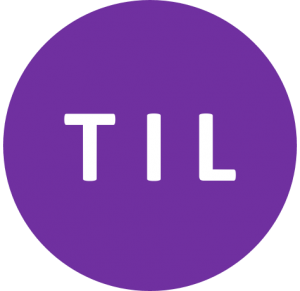 Where I had expected to use some simple android APIs, I ended up things from using local storage to background threads. While that may be trivial to a good android developer, using those APIs on my very first app was very exciting to me. My very first app was of some utility, and that was motivation enough for me to start learning more.

So my advice: pick an idea that you like. Reserve a day or two to work on it. And harness the power of internet search.

My app is available at: github.com/hazrmard/TIL.